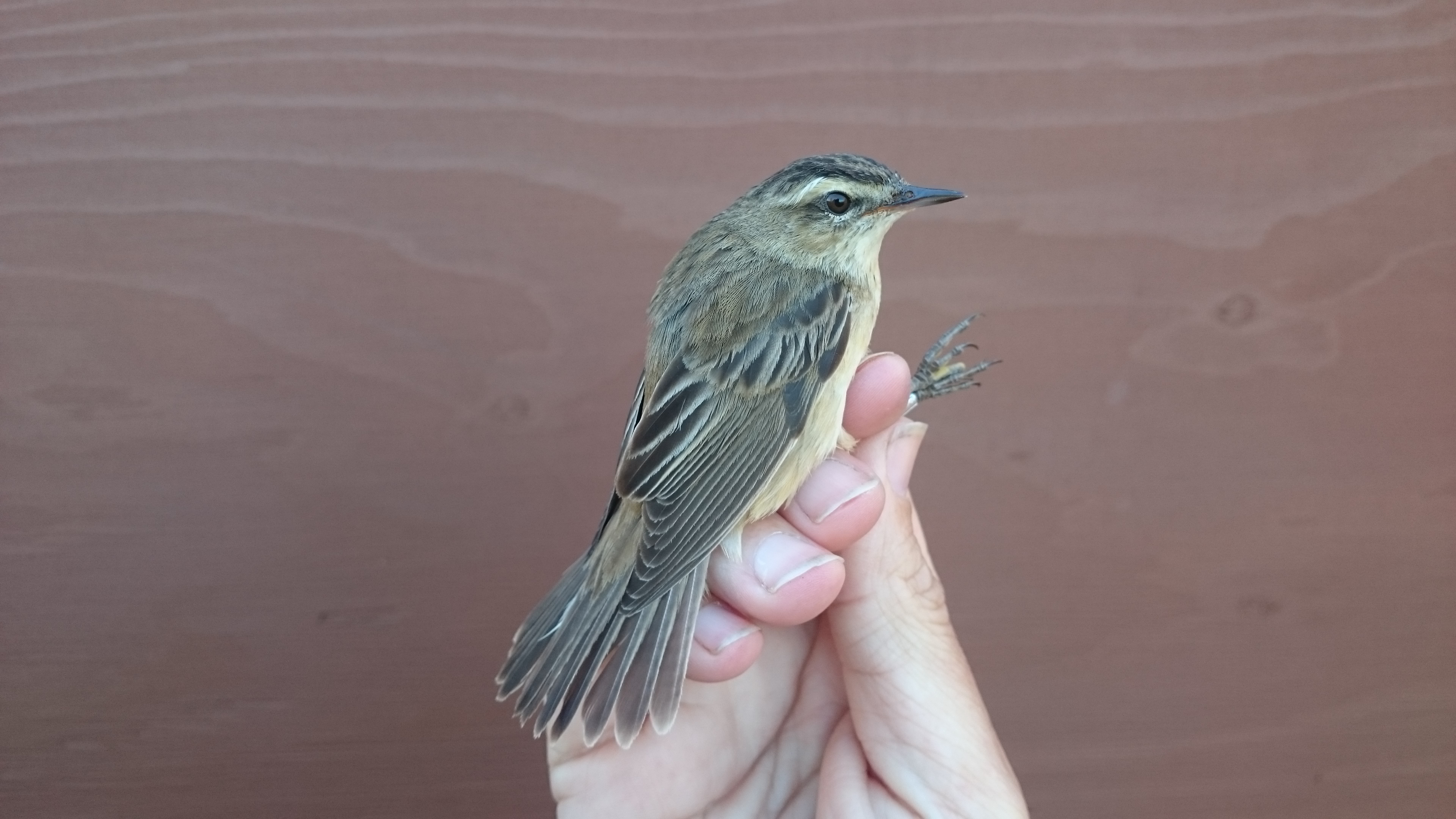 Sedge Warbler, first one this Spring, ringed on Longis reserve this morning

Light southerly winds continued but there were a fewer birds around generally and very little visual migration. Most of yesterdays migrants appeared to have cleared out with no sign of yesterdays influx of Ring Ouzels. On the nature reserve  was a single Water Rail and a Mallard with 13 Ducklings.  There was a rise in Meadow Pipit numbers and a report was received of ‘several’ Wheatears in the vacinity of the airport.

Ringing totals were down on yesterday but still good given we are still in the early throes of migration. The total Birds processed was 101. Prominent species remain the same but today Blackcap took top spot with 34, Willow Warbler 28 and Chiffchaff 22. Highlights were a Spanish ringed Blackcap from SAN SEBASTIAN (near BILBAO close to the French border) our 6th Common Redstart and our first Sedge Warbler of the campaign.